The Netherlands: Tell your story

As part of the storytelling block in The Netherlands, MasterPeace teamed up with the Dutch theatre-maker and storyteller Nick Teunissen to perform his play ‘One-way ticket to Hollandija’ in both the Netherlands as well as in Bosnia. ‘One-way ticket to Hollandija’ tells the story of the brave Ismir who fled the city of Sarajevo through the famous Sarajevo Tunnel, the only way out of the city during the war. The show is a perfect act of twinning, showing Nick’s Dutch view on this very personal Bosnian experience and taking the ‘story home’ as he described it.

Premiers: Amsterdam and at the Tunnel of Hope (Sarajevo)

Nick successfully premiered his show ‘One-way ticket to Hollandija’ in Amsterdam in April. However, for him it was of great importance to also travel to Bosnia and tell the heroic, but emotional story of Ismar. Here, he had the chance to perform in Sarajevo at the Tunnel of Hope Museum and the War Museum, exactly located where the story took place only 25 years ago.

A story of hope, resilience and optimism

The story is about the 20-year-old Ismir Hero who flees the war in Bosnia via the Sarajevo Tunnel to find refuge in the Netherlands. In the years that followed, Ismir has built a successful career as a television director in the Netherlands, however with this heavy past on his shoulders. Nick tells a story of war and post-war from a personal perspective, linking the past to the future and twinning the culture and art scene in both countries.The play is not about the war, but rather a story of hope, resilience and optimism. Theater critics in the Netherlands have awarded this four-star play, calling it “a tribute to the optimism and desire for life of the citizens of Sarajevo”.

The story is very successful due to its compelling storytelling formula, the project will continue evolving with the support of local cultural partners, NGOs and embassies, to turn into a tour in another at least seven cities in Bosnia and moving beyond to Serbia / Belgrade. This tour will include workshops and trainings to teach youngsters in Bosnia and the Netherlands on storytelling and add a collective memory, documenting the life in both countries and creating series of storytelling formats and theatre plays around that theme.

Countries of Bosnia, Georgia, Morocco and The Netherlands already started their work on the building block of storytelling using the techniques developed for the target age group, stories are merged with workshops to showcase the other aspects of ACT! in addition to boosting the confidence of youngsters to tell their stories and share their stories with others.

Join us in our local Peace Popup.

Art is a way of Being.

Once an #Artist rightly said "I Paint the Spirit and Soul of What I See".

The treasure of #talent is everywhere, it needs a gentle touch of encouragement and motivation to express such #talent before the world.

It is rightly said that “doing easily what other find difficult is talent: doing what is impossible with the talent is genius”. It is true that everyone of us may not have the equal talent but every one of us have the equal opportunity to express such talent.

The young mind of this century needs wings to fly and reach its destination. These are the youth who have the spark to ignite the whole world with their #TALENT.

@masterpeace.karnataka is well known for mobilizing young people to use their #talents, skills, and energy for peacebuilding: within self, within their relationships and with their environment at large.

Together with @masterpeacemedellinclub @globalcitizensoftomorrow , we celebrate the commencement of the Project “Family Beyond Borders”.

If you wish to volunteer with us in our projects, please write to us 🙂

Family Beyond Borders is a community initiative from Global Citizens of Tomorrow supported by MasterPeace Karnataka. Instilling respect for diversity, building global perspective and developing interpersonal skills are among our core goals. We are super excited to announce that we have partnered with MasterPeace Karnataka to bring a series of international cultural exchange events under the banner of Family Beyond Borders. I would like to appreciate the immense amount of efforts put in by Amee Dharamshi from MasterPeace Karnataka in making this idea a reality. During these events children from India and children from different countries will learn about each other while participating in activities under the guidance of their respective teachers from both the countries. These virtual events will be a completely different experience for our children. . First edition of this series will be with a South American country. Watch out this space for the announcement for the first edition for Family Beyond Borders.
.
.
.
#MasterPeace #7billionstrong #MasterPeaceAsia #MasterPeaceIndia #globalcitizensoftomorrow #respectfordiversity #interpersonalskills #virtualtours #activitieskids #culturalevents ...

Kubra is a law student with a keen interest in literature, research, and art. Kubra's life is simple. She learns new subjects. She invests her time in learning how to adapt to the new knowledge she learns. Currently, Kubra dedicates her time to level up with the online world and learn about everything for an excellent career profile. Her academic interests revolve around international arbitration, mediation, and dispute resolution in general.

"I stand strong for taking challenges, however difficult, and tackle them with all the might."

Another amazing session with amazing people. It takes more than voicing to brint Peace. And we have got so so so much work to do.

A perfect celebration for the UN 75th birthday. Thank you Humanity Rising Program.

We are going Live tomorrow!

Already aims and goals and tasks for Peace Day 2021.

A grand global Art for Peace festival, we just created our nicest memory for Sep 2020!!!

Thank you @masterpeacemedellinclub and @unionlatina for hosting this beautiful global dialogue exchange and exhibitions of Art performances.

Thank you to all performers from Myanmar, Argentina, Uganda and Colombia who were a part of this beautiful experience and enlightened us with their rich culture.

And finally thanks to our Volunteer Artists from India Amee Dharamshi @amee.dharamshi, Sruthi Murali @shrooov, Vani Kulkarni @vani22sep and Ashwini @ash17wini for sharing with us their talents and skills.

For those of you who missed watching us Live, the live recording is available on the Facebook page of MasterPeace Medellin @masterpeacemedellinclub.

If you do not find the Facebook Live streaming page, please write to us and we will be happy to send a direct link to you in your inbox.

If you do not find the Facebook Live streaming page, please write to us and we will be happy to send a direct link to you in your inbox.

Art bridges countries and Artists bring us together. 🤍

In the midst of this mighty year, we are joining voices to represent our Indian culture and artists together with Colombia, Myanmar, Argentina and Uganda to rejoice the International Day of Peace by celebrating artists performing inside four walls during lockdown.

"I stand strongly for doing what gives one happiness. I think only when one is happy one can have peace and that peace increases the happiness tenfold. Then the cycle goes on eternally."

Ashwini believes a happy journey is a peaceful journey.

"I strongly believe in Freedom. When I dance, it's like everything clears from my mind and I'm in a totally different world dwelling with creative self-expression. I go into the world of my inner peace."

Tanishka Jain wants to convey that peace is not only about the absence of war but also about doing what gives one happiness. Her happiness comes from music.

"I stand strong for happiness and peace through music."

Stay up to date and subscribe to our newsletter. 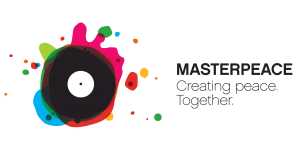 MasterPeace Karnataka is part of the international peace movement MasterPeace.

“I Believe in MasterPeace. World leaders cannot push back armed conflict alone. We need the whole world to make this happen.”